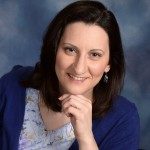 Cathy Fafrak is a cum laude graduate of Capital University’s Conservatory of Music, where she studied organ with well-known teacher, composer and arranger, Janet Linker, as well as piano, voice, chamber music and accompanying. After graduation, she became a sought-after pianist, organist and collaborative artist, working with faculty and guest artists alike, and regularly accompanied at Capital University, The Ohio State University and elsewhere throughout the greater Central Ohio area, including summer Opera/Musical Theatre camps, Capital’s Suzuki Institute, The Phoenix Theatre for Children’s musical theatre workshops, and Opera Columbus’ Education and Outreach programs. While on staff at Capital, she was rehearsal pianist for the Chapel Choir, and assistant musical director and pianist for the Department of Theatre for six seasons. She has been a substitute organist at United Methodist, Presbyterian, and Catholic churches, and was organist for seven years at a Missouri Synod Lutheran Church. Since moving from the Columbus area back to her native Northeastern Ohio in 2006, Ms. Fafrak has been a substitute organist at several area churches and is currently the pianist for the Medina Chorus, a non-profit choral ensemble based in Medina that has been in existence for 85 years. She is thrilled to be able to play a real pipe organ again, and to collaborate with the many talented members of the church and community on a regular basis.